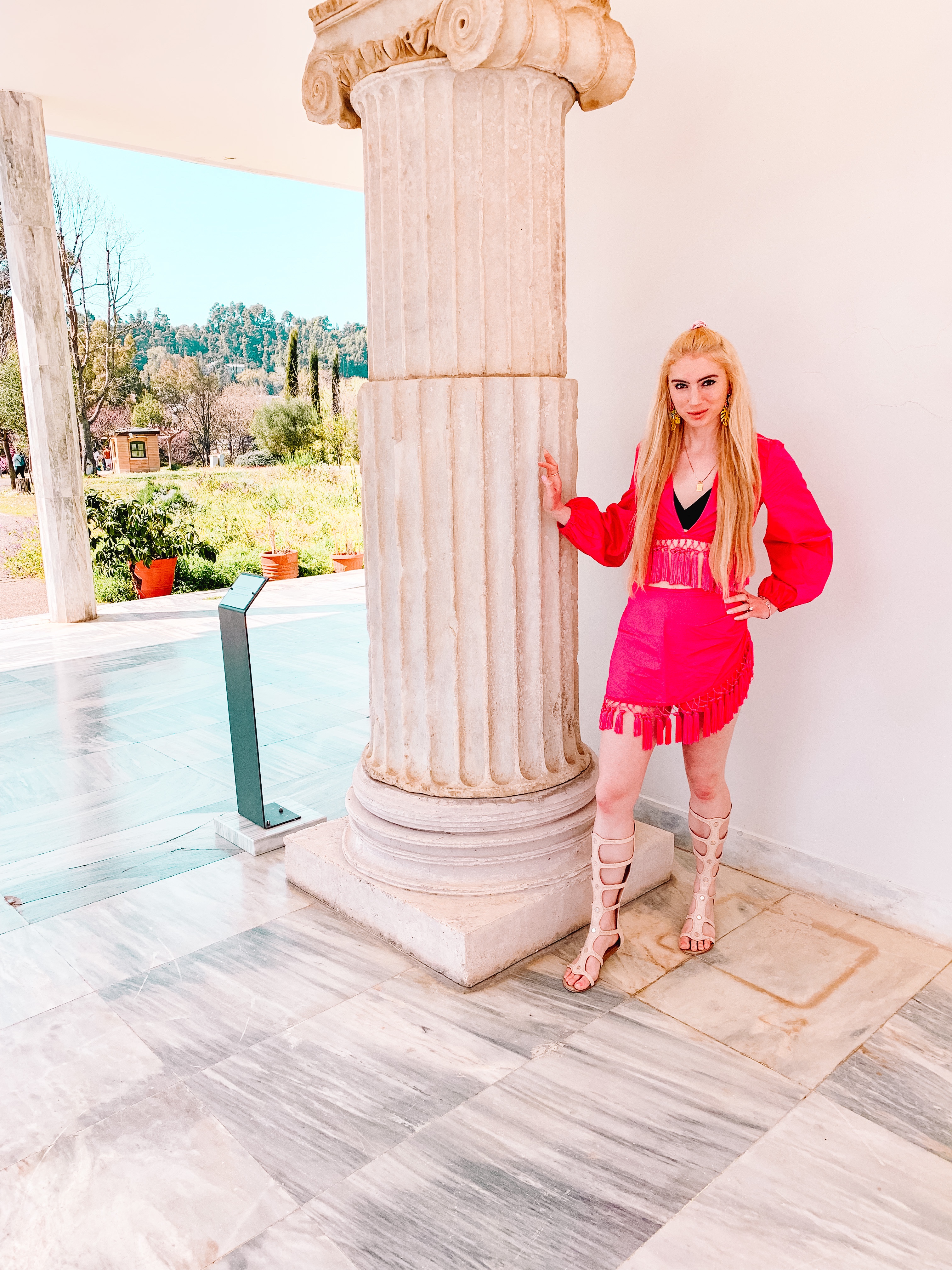 The opportunity to firmly plant two feet onto the original Olympic Game battlegrounds is something that everyone should experience. Although the stadium is just dirt, within a few moments of letting your eyes close and mind explore, you can quickly envision the Gymnasium full of 40,000 spectators cheering on Zeus and the others; Poseidon, Hera, Demeter, and Hestia.

The day started off with another breakfast of what I would consider lunch and dinner foods (assorted olives and other various vegetables). Although there were also American choices such as cereal and pastries, why not embrace the heart-healthy culture of getting your veggies in at breakfast?

After breakfast, it was time to embark on our 200-kilometer bus ride to Olympia to see the original Olympic Gymnasium. The 3 hours went by faster than expected as it was a time to catch up on our rest post going non-stop with a time difference for the past 72 hours.

Zeus was more than an iconic figure, he was everything and more to the people of Greece. He was God. A god of the sky and thunder. I am no Greek historian, nor am I well versed in Greek Mythology, but I always thought that Zeus was a real person- maybe Disney’s Hercules gave me false hope. He was and still is a pretend person that shaped history in many ways. In fact, half of Olympia is sacred and dedicated to Zeus himself!

Olympia is a small little town with Niche features. The town runs off of true entrepreneurship roots as Family businesses and restaurants fill the monetary requirements of this town. This was one of my favorite aspects throughout Greece in these smaller towns – for more than a moment you were able to forget that life typically revolves around large stores, corporations, and franchises. Here you were able to take in products and services that fulfilled families legacies and passions.

Once we made our way to the original Olympic gymnasium, it was clear that this architecture had been through a lot as very little was still standing or even intact. Restorations have been made to the pillars in the Temple of Zeus. The lines of where the broken lines intersect were easily seen. After years of destruction by war and mother nature, there was just no way that this iconic landmark could have stayed complete after all these years.