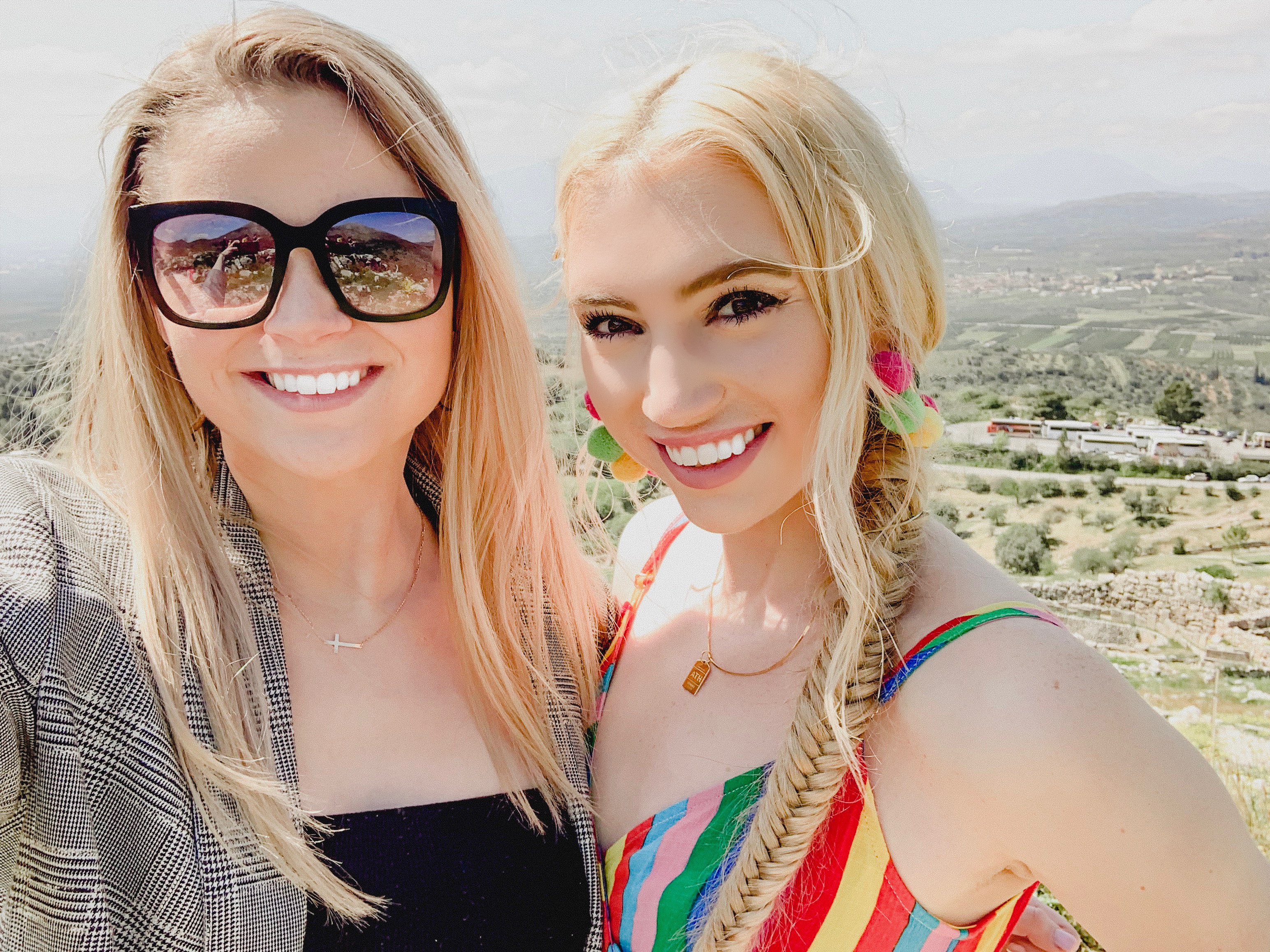 · From Tombs to a Sanctuary, and even an Amphitheater, uncovered by the 19th century excavations. ·

Although we were leaving Athens for the countryside, we were about to embark on land that may be overlooked by many coming to the major tourist attractions. This land had thousands of years of rich history and man-made architecture.

After less than 24 hours in Amsterdam, we got on a direct flight to Greece. We arrived in Athens in the middle of the night and quickly were shuffled into a van that took us to our 1st of many hotels. Despite the fatigue, there was that spark of excitement that overtook the sleep deprivation.

In the morning I came across a snafu as my coffee spilled and a little dribbled onto the outlet. My outlet converter was already plugged in. Immediately as I watched the coffee drip onto the outlet in slow motion, I also saw an immediate spark as my hair curler was plugged in and on. In the pursuit of stopping a fire, I took my chances of possibly being electrocuted and ripped the converter out of the wall. I proceeded to try the converter in another outlet, but it had become completely obsolete and fried after that coffee spill.

Post snafu it was apparent that I wasn’t going to be able to curl my hair. I decided to fishtail braid my hair in order to blend my extensions with my actual hair, couldn’t just go natural!

Here is the colorful Show Me Your Mumu Look:

The fishtail ended up working out amazingly well because once we stepped off the tour bus to our first stop of the day in the mainland of the Peloponnese, the wind was going in every which direction. This braid also allowed me to show off my colorful Pom earrings from J Crew.

We spent the earlier part of the day exploring the Peloponnese. There was an amazing Canal hundreds of miles below us, the water embodied a breathtaking blue. We later drove into Mycenae an ancient city filled with ruins. The 19th-century excavations revealed impressions of the architectural splendors of the natives back in the day.

The Beehive Tombs were something that I needed to avoid because there were literally hundreds of bees everywhere as the Tombs were filled with beehives. I am deathly allergic to bees and did not need to be stung in a foreign country! We also saw the Treasury of Atreus, Lion Gate, and the remains of Agamemnon’s Royal Palace.

The day wasn’t over yet! Although we had already taken thousands of steps, the final stop for the day was in Epidaurus. There we saw an amazing sanctuary dedicated to the god of healing.

My favorite part was walking through the GIANT amphitheater which was 2,300 years old. It would have been unforgettable to see a sporting event in this theater.