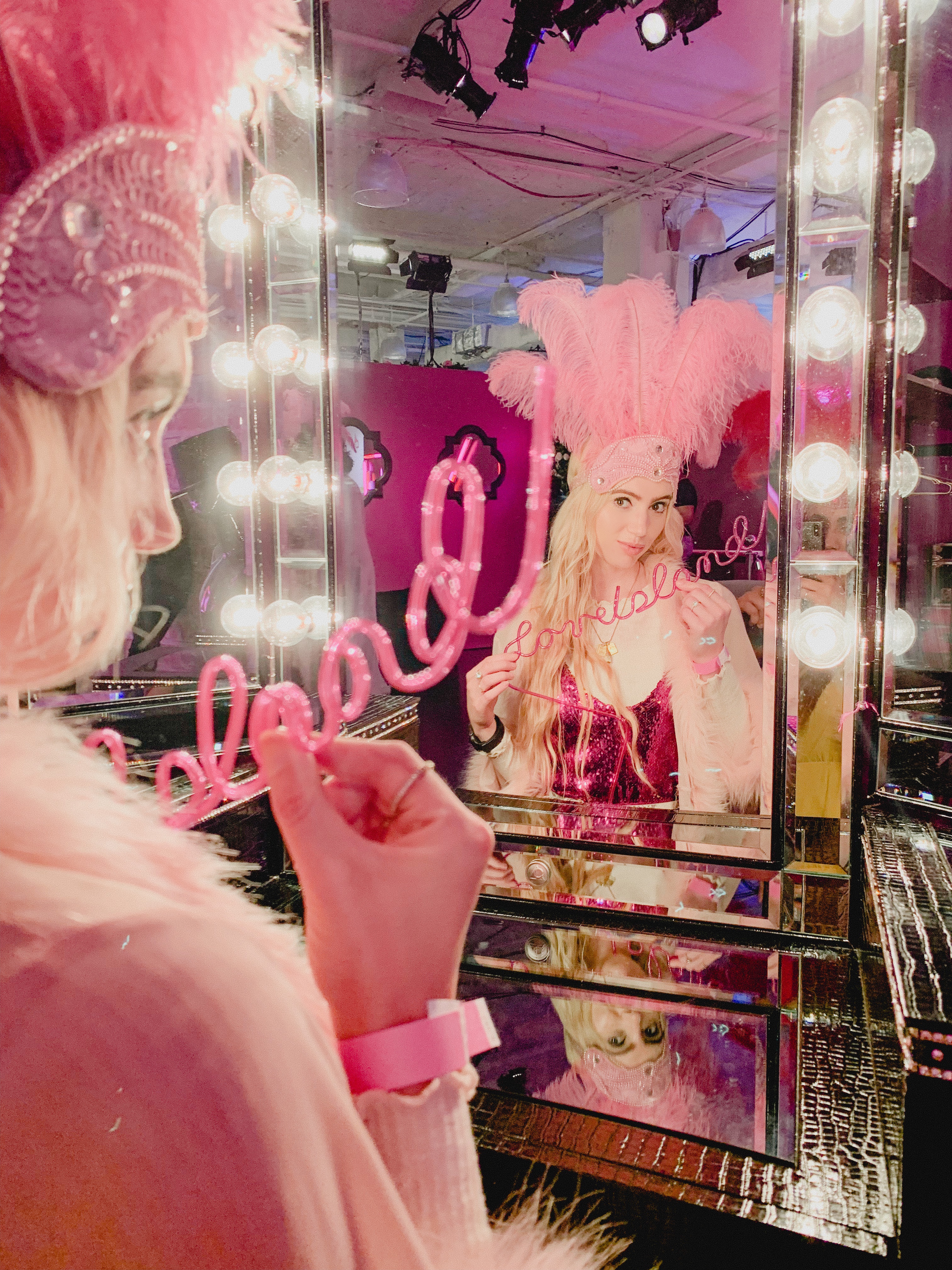 The Rosé mansion is a pink wonderland. Throughout each room there are dozens of photo ops, a tasting of rosé, and an entire experience.

The Rosé Mansion last year was so good that I ended up going not once, but twice. Although the rooms did not change appearance wise, I was excited to try out all of the rooms with new poses in mind. The first time going I was blown away with each of the rooms. It now made sense to me as to why there were full time positions year round to coordinate the set-up of this event that only lasted a few months.

This year, (thanks to Her Campus) I was able to experience the Rosé Mansion which was in partnership with the TV Show Love Island. Love Island may sound familiar to you? That is most likely because you have seen it air in the United Kingdom and Australia. The U.S. is no longer on the side lines, as it has launched in the U.S. and the Rosé Mansion is helping to kick off awareness! Although we all cannot get enough of those sexy British and Australian accents, there is always a chance of coming across someone with an accent in the U.S. still!

You can watch Love Island on CBS: Link here!

So what is Love Island all about? The cast is a group of men and women, with the youngest being 21. The show is similar to Bachelor in Paradise, except for they are all strangers when they meet on the island, vs. Bachelor in Paradise has hand selected cast members that have already been on the show before. One of the first show tasks is to have the contestants choose who they would like to pair up with initially, and see if the other person feels the same – judging off of basically their looks, name, and job. Throughout the show they take their relationships to different heights, trying to see if true love exists.

The Rosé mansion kicked off Love Island with a room that had rosé of course, a cute beachy hammock, couch, props, and refreshments. My personal favorite was the crazy long silly straw.

Looking back on the rest of the Rosé Manison’s experiences throughout the journey, my absolute favorite addition was hands down the powder room that had a 1920s feel. You were able to pose for pictures with feathered headband and feathered robe accessories. The lighted vanity and stage were irresistible.

Her Campus Presents: Her Conference Empower