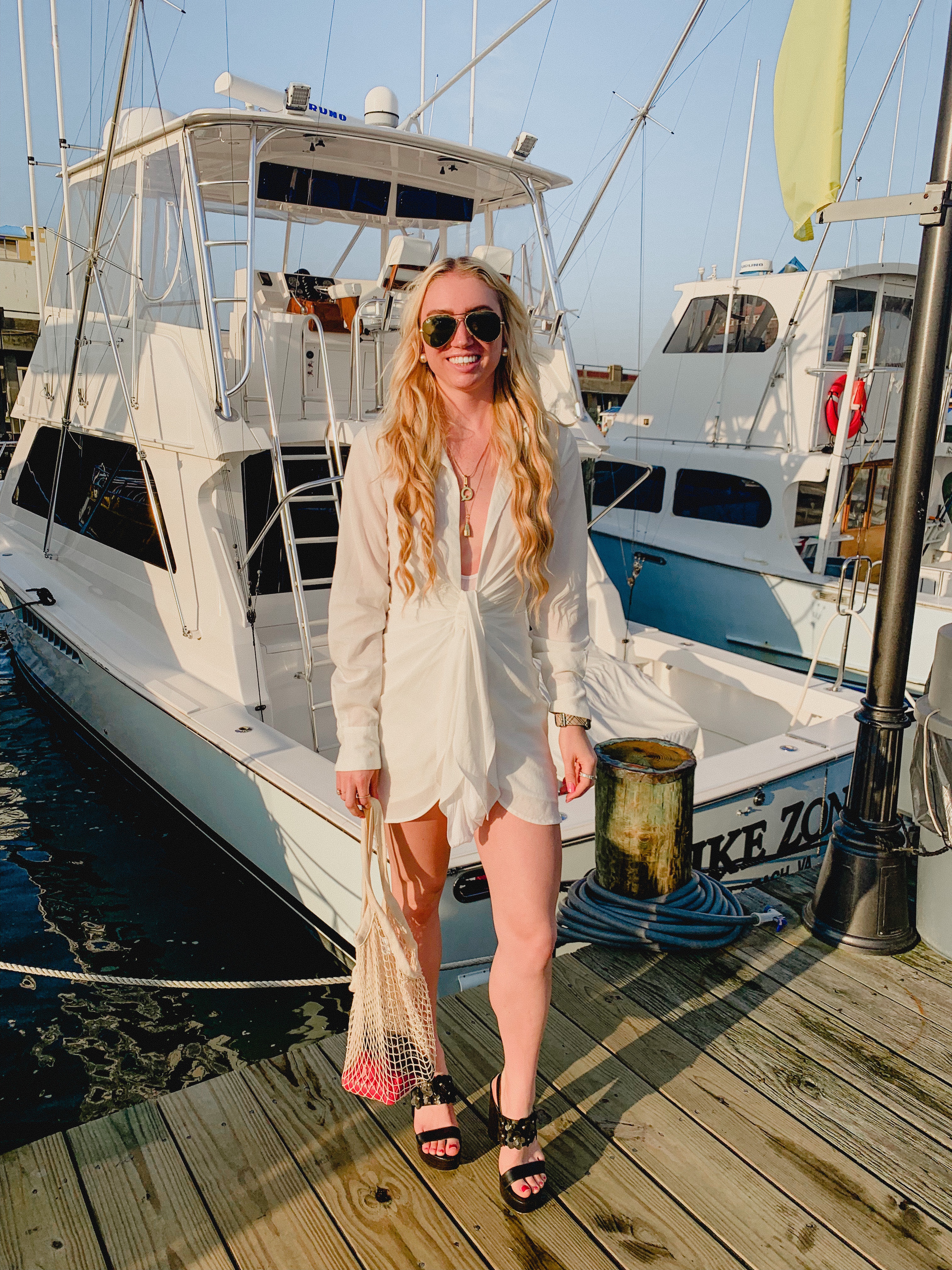 · The fishing tournament where anyone can come out a Millionaire ·

The White Marlin Open comes to Ocean City Maryland every August. This August there was a record breaking number of registered boats at 404. The total pool came to $6.1 million.

Why do people wake up at 3:00am and deprive themselves of sleep for a week? This tournament does not limit you to the size of your boat, or your experience level. Whether you have a 92 foot long Viking Yacht fishing boat or a 34 foot fiberglass boat, once you pay the entry fee it’s an equal playing field for all contests out in the water. Your skill level and mental stamina definitely separates the winners from the losers in the end.

So what is a billfish and what does a marlin look like? Billfish refers to a group of predatory fish characterised by their prominent bills, and their large size. Some billfish are longer than 4 m. Fish that belong in the billfish category are sailfish, marlin, and swordfish.

There is a Documentary that follows the journey of some of the fishermen in Ocean City during this time. It is called Five Days in August, which came out in 2018. Amazon Prime Video is a place where you can watch this. I gave this film 10/10 stars as it shows all of the emotions that come with the tournament.

Registering: Every boat must register. Regardless of how many anglers you have on your boat, it is $1,000. The next part of registering is somewhat a “gamble” because you then sign up for the categories that you want your catches to be applicable for. For example if you caught an 80lb Blue Marlin but had only registered for the White Marlin category, you are fish out of luck. As more and more boats register, the winnings pool starts to get larger and larger. It is then up to you and your fellow anglers to reel in what you signed up for.

Michael Jordan: Catch 23. Basketball star Michael Jordan came to fish this year! Some rumored this to be a “celebrity endorsement” and more of a farce than a reality in order to bring more buzz to the tournament. His boat was a Viking 80 that was a little over 80 feet long, and weighs over 140k pounds. It can comfortably have 10 people sleep in it, and costs at least 8 Million. You can see it in action here. Unfortunately none of his catches ended up at the scales for a weigh in. Maybe next year?

We went down to watch the boats come in and get their fish on the scales. The scales open at 4 p.m. and close shortly after 9 p.m. every day. This year it was really amazing to see a woman angler not only be one of the first 10 boats to bring in something, but also to catch something large enough to place. It is new to have the “Lady Angler” category.

And the winner is…. Tommy Hinkle an Ocean City Maryland resident. He is actually a Math Teacher that has been competing in this for years. He is the first two time champion as he won back in 2008. His winning catch was a 79.5-pond white marlin.

If you are planning an end of summer vacation and are looking to go somewhere on the east coast, I highly suggest coming to Ocean City for the White Marlin Open!