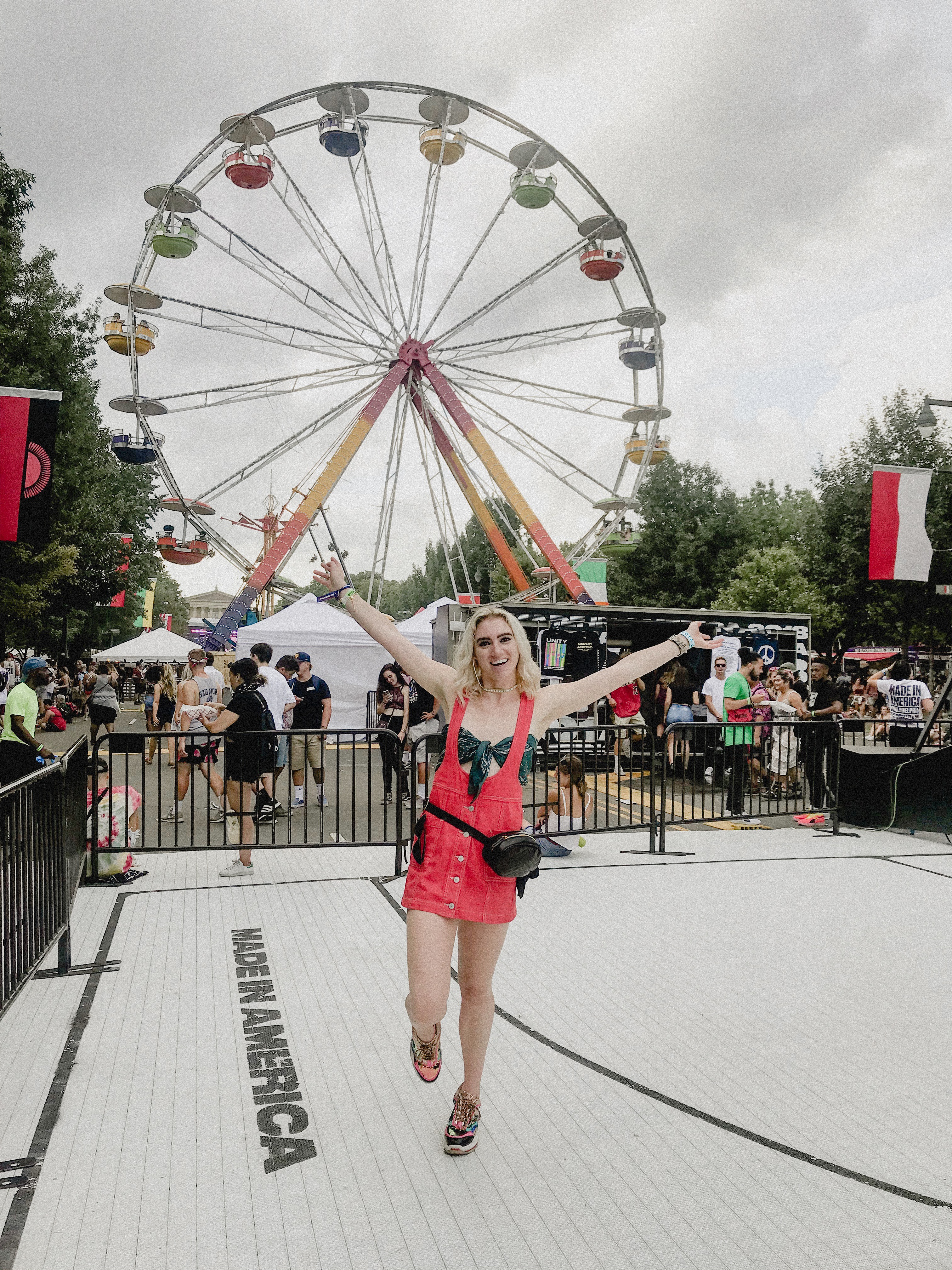 · One of the Hottest Music Lineups of the Summer: MIA Fest ·

We were able to hear live artists such as Alessia Cara, Nicki Minaj, Miguel, and so many more big names!

Made in America is a music festival that takes place on Benjamin Franklin Parkway. This huge open space typically serves as an “artist mile”, a historical that brings in countless tourists for museums, universities, and historical landmarks.

Produced by Live Nation, the event features several stages that continuously host live music from a wide range of genres including hip hop, rock, pop, R&B, and EDM throughout each day and night of the festival.

Made in America is a music festival that takes place every summer, and this Summer it was sponsored by TIDAL Music, Abercrombie & Fitch, AMEX, and various food/liquor brands. Abercrombie & Fitch invited to me attend this event, and I was ecstatic to accept the weekend invitation! An Instagram friend of mine @hersy.kiss is an Agent for Abercrombie, and that is how I was connected. Give her Insta a follow! My friend Bethany and I had never been to one of the MIA Fests before and quickly came to realize that 80% of the attendees were wearing red, white, or blue. Funny that we did not put two and two together with Made in America being in the title of the event. At the end of the day, most girls were wearing a crop top with jean shorts, and guys were wearing jerseys so we did not stand out too much.

The A&F booth was offering a variety of hair services, they also had cute apparel available for sale- with the Made In America logo of course. We each picked out some loose fitting long sleeves. Prior to the trip, I used my A&F gift card to get a few pieces for this event. To be honest I had not been shopping in an A&F since I had moved to New York- which was about a year and a half ago. I worked at Hollister for a few years during high school, which is owned by the same company that owns Abercrombie and Abercrombie & Fitch. They would always have the same staples: jeans, tees, sweaters, floral dresses.  I was very surprised when I walked into A&F to not only see the staples that you always find, but also more trend-forward pieces. I found myself wanting to pick up so many pieces! I ended up purchasing a camo jacket with a racer stripe detail, a long sleeve, and a scarf that I had the intention of tying into a crop top.

The music festival had various places to watch artists. VIPs could get to the front of the stage before others, and there was also a VIP tent to watch the performances from a TV. We spent a good amount of time at the TIDAL music stage which was right next to the Abercrombie stage that was decked out with a beachy vibe of course.

My three favorite live people were, of course, Nicki Minaj, Miguel, and Alessia Cara- she is AMAZING live.

Fohr U: School of Influence