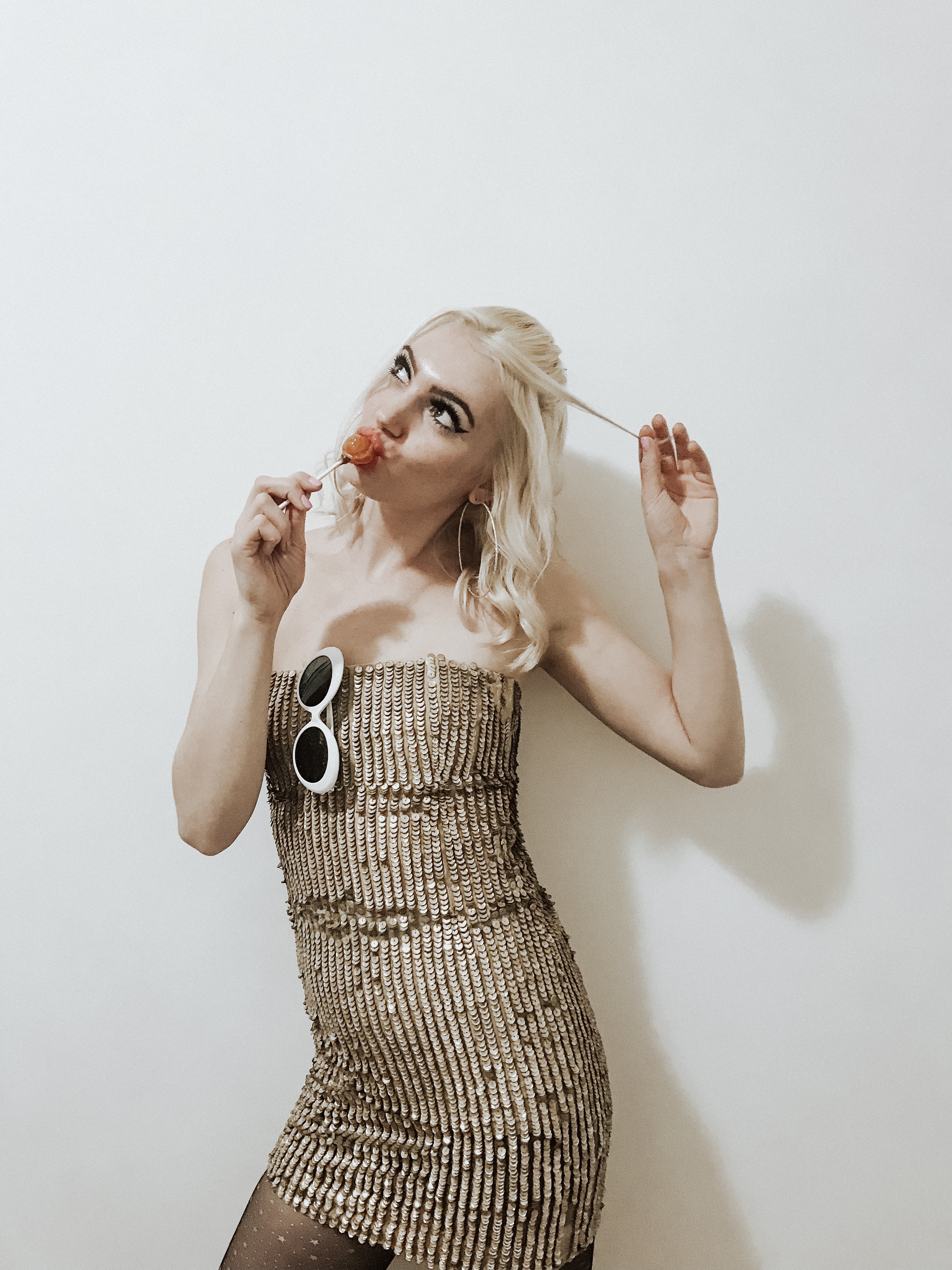 Halloween is something else in NYC. I would not recommend strolling around the city or running errands on Halloween night if you do not absolutely have to.

On the actual Halloween night of Wednesday, October 31st, I was not planning on going out. Instead, I went to a cycling class at RYDE Cycle on East 13th Street. Walking out of the 14 Street-Union Square Subway there are always people outside. People playing chess, selling things, chanting and sitting in toga gear, etc. But on Halloween, this area was an even larger hub for people in all types of costumes.

The cycling class had a great mix of upbeat yet somewhat screaming Halloween vibe songs. Of course, Thriller was one of the songs playing. It was my first time at this studio as well, so I did not know if they typically make the room dark with an array of candles or if that was just for Halloween. Either way, the ambiance was fitting. There was even Spooky punch available for after the workout.

For Halloweekend, my roommate and I went to a friends house party. The theme was “Dead Disco.” I already had white boots that already somewhat resembled go-go boots, and a handful of sequin dresses so I decided there was no need to go out shopping for something to wear. I decided on this Alice and Olivia gold sequin dress. Because of the cold temps and the party having a patio, I also got some star tights at Urban Outfitters. They only had the black ones in the store, but beige would have looked so much better!

After looking on Pinterest for various 1970s , I attempted to give myself a bump-it- look. With my hair being so thing it was not that successful. Ideally, the outfit would have also been finished off with some rounded glasses.

Goals for 2019 Halloween: I really want to try out some of that full-on face make-up! Such as people who turn themself into a pretty skeleton. Or, throw on a wig with a look to truly feel like someone else for a night.

One of my favorite Halloween looks of all time was when The Real Housewives of New York star Jill Zarin was Marie Antoinette, now that is a wig! Also nothing beats Dorinda’s Lady Gaga Bubble Dress.

NPR How I Built This: Emily Weiss of Glossier

Minnesota in the House