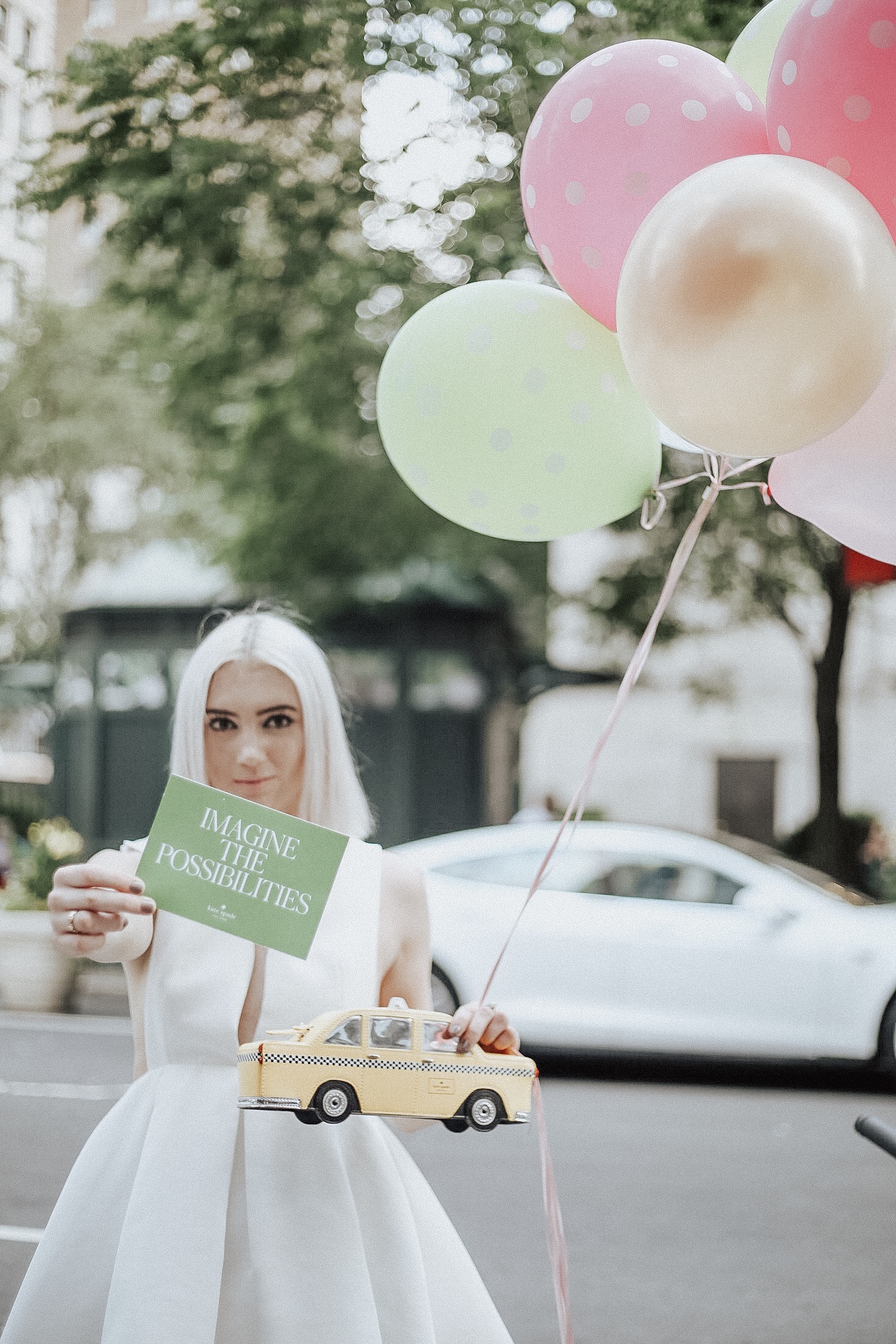 Kate Spade has always been a brand that I have been drawn to. With the bright colors, an abundance of gold accents, and cute catch lines, how can someone not want it all? I always think to myself how did I not think of this idea for a product line?

I love NPR’s How I Built This Podcast that showcases entrepreneurs. Kate Spade has an episode on this that explains how she started it all in 1993 at a trade show and made her way into her first big real-time retailer: Nieman Marcus, and how the world started to fall in love with her simple bags that were missing from the market at the time!

Listen to the Podcast: Here

What Most People Do Not Know about Kate Spade:

How did she meet her husband, which influenced the name of her entire accessory and clothing empire? She met Andy Spade while they were both working in a clothing store. Andy was in Arizona for school working on Marketing, Kate was originally from Kansas City, but knew she couldn’t stay in either place to fulfill her dreams. Kate moved to New York but told herself that she would only be there for 3 months so that she could be with Andy.  That 3 months turned into 6 months, and then she decided that she was not going to be leaving! Andy then helped her by forwarding money for an apartment, and an intent to move there himself once he could.

At Condé Nast, Kate was an accessories editor and she started to find her niche in handbags. She would collect bags here and there, and as her collection started to grow, Andy proposed to her that she needed to do something with handbags. He was the one that pushed her to start her own line of bags. Kate initially thought Andy was crazy, but agreed with him shortly after.  She found that at the time bags were all so complicated. Believe it or not, there was no simple cross-body bag in an of the major retailers! She knew she could bring this missing category of bags into the market. Her true entrepreneurial spirit came to life when she quit her full-time job. She did not want to juggle a full-time 40 hour work week and her own side business of making bags at the same time. Although millions of entrepreneurs work for years on the side before quitting their full-time job, she knew her decision was the right one for her because she would not be able to allocate enough energy during the evening hours after her job to work on this. Money was still very tight. She would also freelance as a stylist when she could, Andy’s income was supplementing rent, bills, and the growing costs of starting a business.

Once she started making bag designs on her own inside of her apartment, Kate had a clear vision of what she wanted to make. The hardest part was finding someone who could also see her vision and was willing to partner on the fabric and manufacturing piece. She looked in the Yellow Pages (the ancient times before Google) for burlap because other businesses had hundreds of yards for a minimum buy. She was just looking to buy enough to make 5-6 bags.

After making the samples, what does anyone do with them to get them noticed? You go to Trade Shows (which you need to get accepted to) and typically will get one of the worst spots if you are new to the trade show world. She was so nervous that this was not going to work, and how much of an embarrassment that would be to her friends and family. Initially, she was distraught after the trade show. Andy asked her what stores they got purchases from and she responded with:

She thought that they should shut it down because they did not even cover the costs of the trade show, but Andy helped her turn her thought process around. They had just gotten two of the largest and most well-known stores! From here they needed a name.

And this was the birth of “Kate Spade.” As 50/50 partners it made sense to use half of each other’s names.

After three years of making little to no money, they almost walked away from the business entirely! They were making the bags in her apartment and in a studio in Brooklyn, and after four years they could finally put some money in the green. They could pay themselves $15K at this time. Although it was not much, it pushed them to keep on going.

Andy got an opportunity to triple his salary – but, this job was in LA. They needed money, they had run through their 401K money and all of their savings. He decided it was in their best interest to take the job even though it was n the opposite side of the U.S. He never bought any furniture for his new place, and would just send money to Kate every chance he could for their company.

Once the larger and more prestigious department stores such as Saks, and Neiman’s started buying larger quantities of bags, Kate Spade started to grow in popularity.

That year they also won the CFDA award, that really helped put their name out there!

To find out the rest of the story you will need to listen to the podcast yourself!