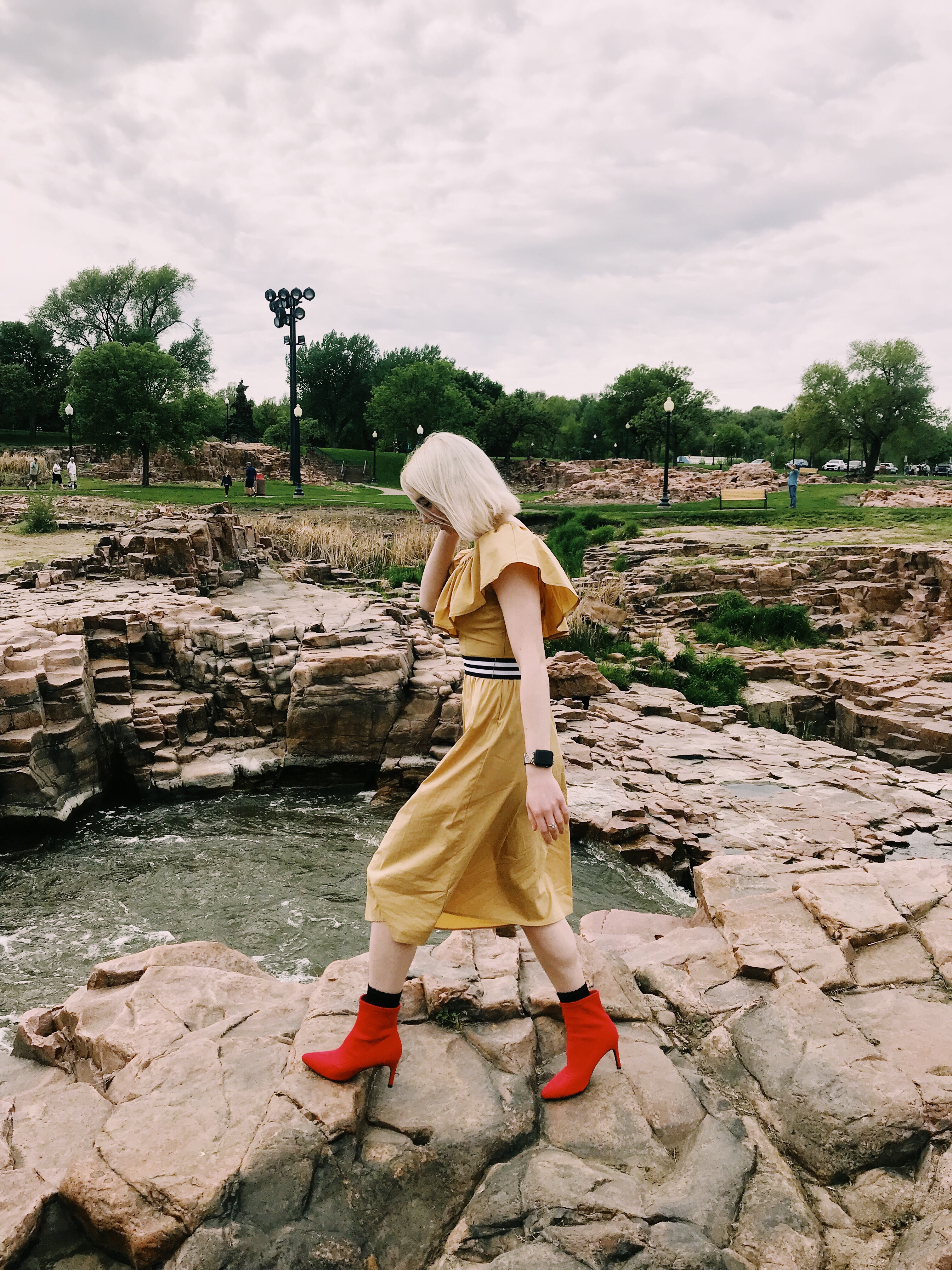 When I told people that I had a suitcase with me because I was going to Sioux Falls at work, in return I received blank stares. New Yorkers typically do not venture to the Dakotas, or anywhere in the Midwest for leisure. It’s hard to describe what the Midwest is like in a way that would result in anyone envisioning it correctly, so I just tell them to google it.

What brought me to Sioux Falls? My boyfriend was attending Nursing School at the Sioux Falls school of Nursing. Sioux Falls is known for engineering and their hospitals Sanford and Avera.From California to New York, his classmates were from all over the United States. The day of his ceremony was finally here!

We decided to take a trip to the Falls Park. This park is absolutely breathtaking and has been around since 1856. If you get too close the water will start to spray you. They also have an observation deck if you want to see the Falls from a more birds eye view. It was really great to just get away from the sound of cars and commotion, and just have a moment to take in some Mother Nature.

The dress is Who What Wear (which I cannot find online so it must have sold out after further markdowns), sock booties are And A New Day (also from Target), my purse is the Flemming from Tory Burch, and necklaces are from Jet Set Candy. I love my MSP charm to always have a piece of Minnesota with me everyday- Minneapolis Saint Paul Airport if you’ve never been there. Although I was a little dressed up for the falls, it made for a cute accented background for the earthy tone of the dress.