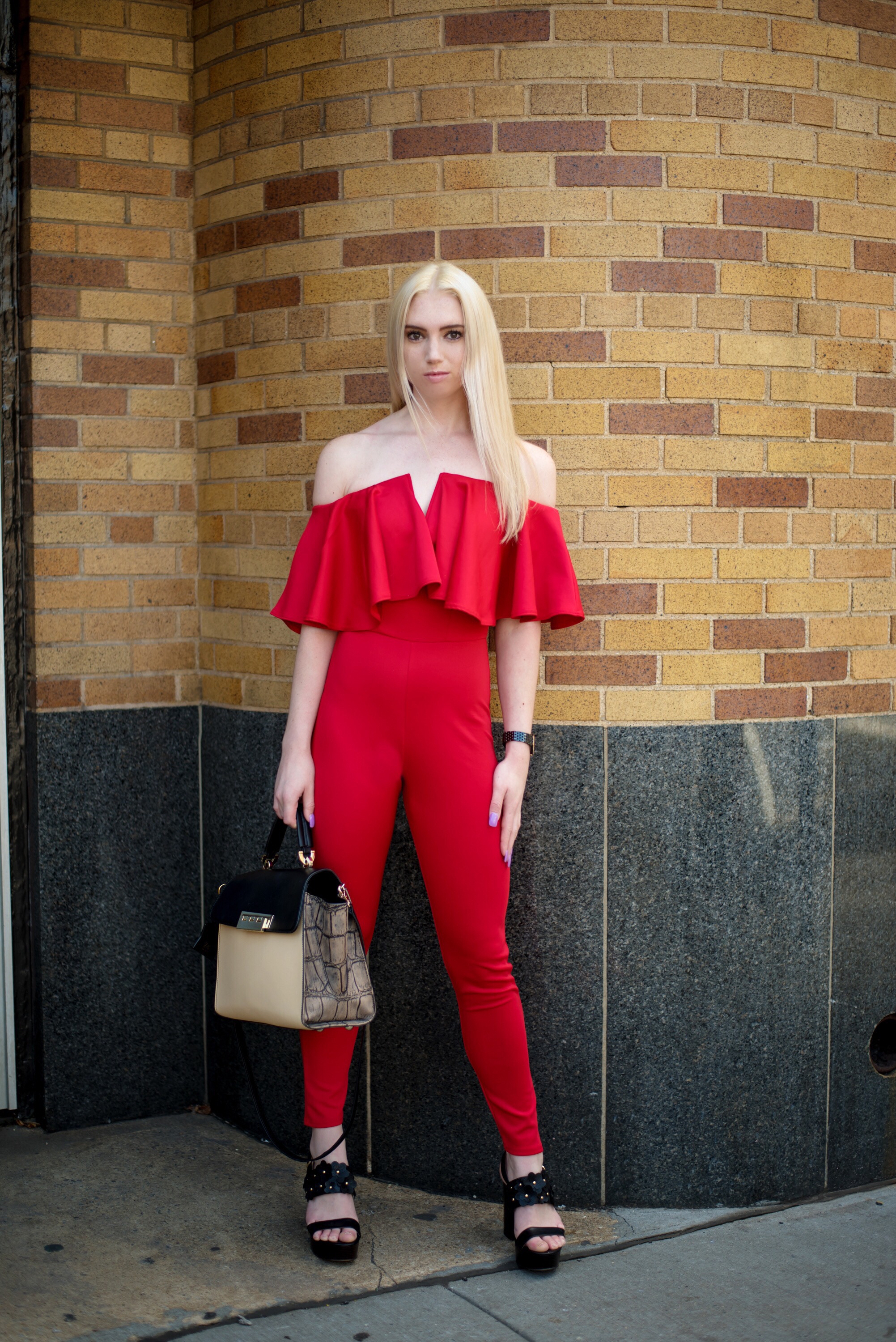 Fashion week is known across the world. A handful of states do their own versions of fashion week, but nothing compares in the United States to what New York puts on. Top Models, Celebrities, Socialites, bloggers, creatives, and designers all come in from various locations. Although the reality of it is bringing a change of outfits for each show, changing in cars, getting little to no sleep, going to after parties, and having your fit pulse with pain from impractical shoes, I loved taking in the ambiance of it all.

I was able to step away from work to go see the CHOCHENG New York show at Skylight Clarkson Square, Studio III. The designer graduated from Parsons, and now has stores in Beijing and New York. The show was produced by Shin Advisors, which my roommate works for. The collection was very cohesive with a 1940s-1950s aesthetic. Every model was fixated with a wig, and or a cap so that only a swirl of blonde bangs appeared. Each look was very modest, with dresses, skirts and sweater combos, and high socks. It was refreshing to see something outside of the fast fashion norm.

My Outfit: It was amazing to be able to talk to the press after the show right outside. One of my favorites is Fashion Bomb Daily, and WWD. A handful of other photographers were around the few block radius asking for photos, and a little about my style. My outfit consisted of a red pantsuit from Pretty Little Thing, and high heels with gold floral accents from Nine West. One of the great street shots was taken by Venu Challa, @VenuChalla.

Check out @Just_a_hotdog’s post on the week, he is a SCAD Photography MFA: Here