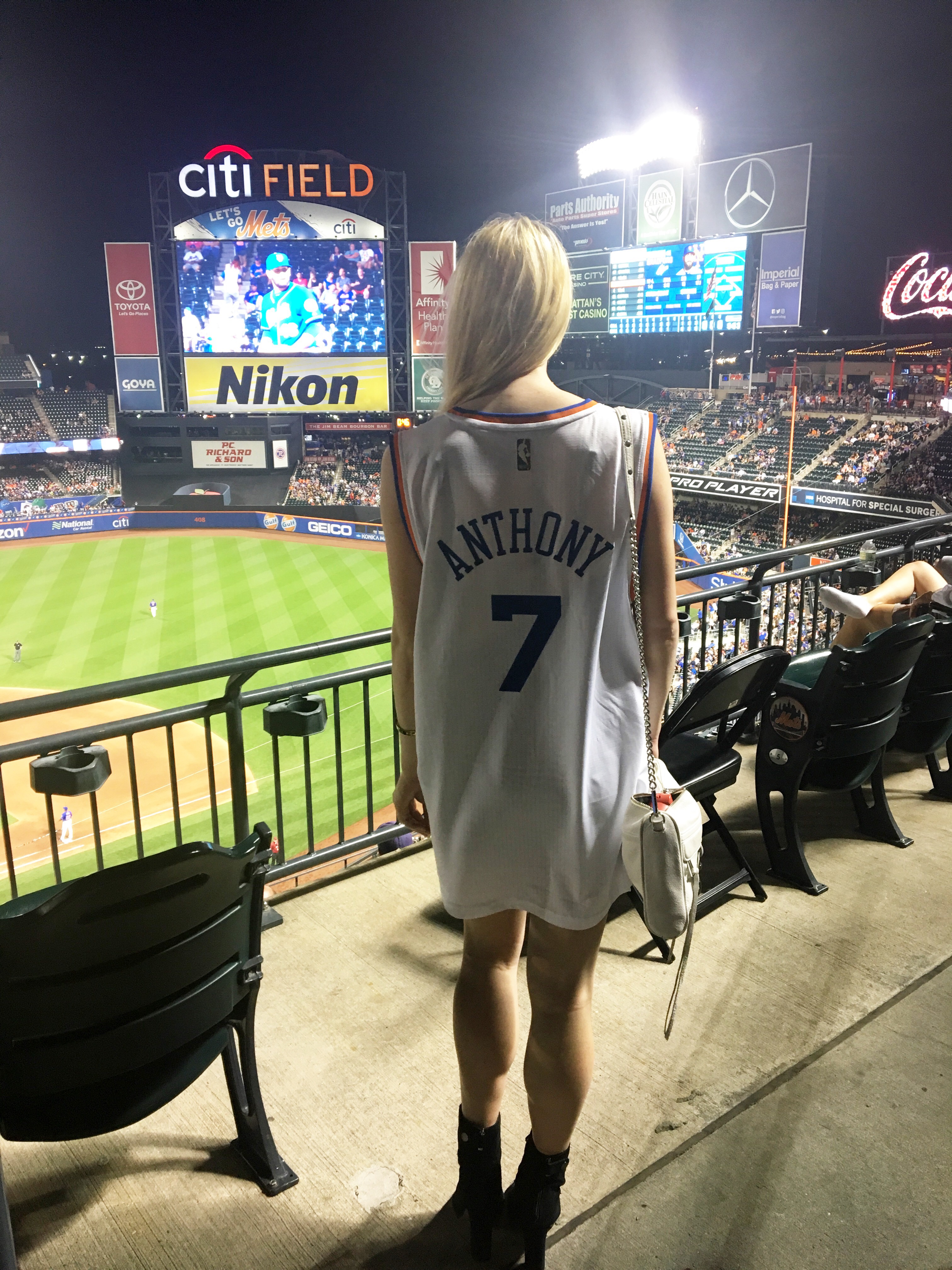 Who ever said that you have to wear baseball attire to a baseball game? Well…that actually probably is a rule in a man’s eye, but I decided to break it. My boyfriend flew in, and of course wanted to see some sort of New York sports game. The Yankees were out of town, so we got tickets for the Mets.

The day prior to the game we were walking around and decided to check out Madison Square Garden. Once we got inside we found a clearance clear out of various NY professional sports teams jersey’s that no longer were on the team, or old championship shirts. I liked the idea of getting an oversized jersey and wearing it as a dress, so that is exactly what I did.

I needed something to wear under it, but was not finding any long white, nude, or black tank tops anywhere. I did come across a nude shapewear body piece, but I was worried with this coloring it would look like I was not wearing anything underneath. This helped me decide to get a blank shapewear tank dress from Yummie. Yummie is by Heather Thompson (ex-Real Housewives of New York star). This piece was not only on sale at Lord & taylor for a little over $30, but I also justified the purchase knowing I would get a good amount of use out of this. It helped as an undergarment, sucked everything in, and was also breathable. Previously I always had the preconceived notion that because I am a size XS-S that I would never need shapewear. But let me tell you, it is LIFECHANGING.

As for accessories I stayed within the neutral color palette and added a white and silver Rebecca Minkoff cross body bag, and some black lace up booties by Saks in house brand.

Following WAGS also always gives me cute ideas of what to wear to a game while staying stylish at the same time.

Make Up For Ever Pro Studio ﻿