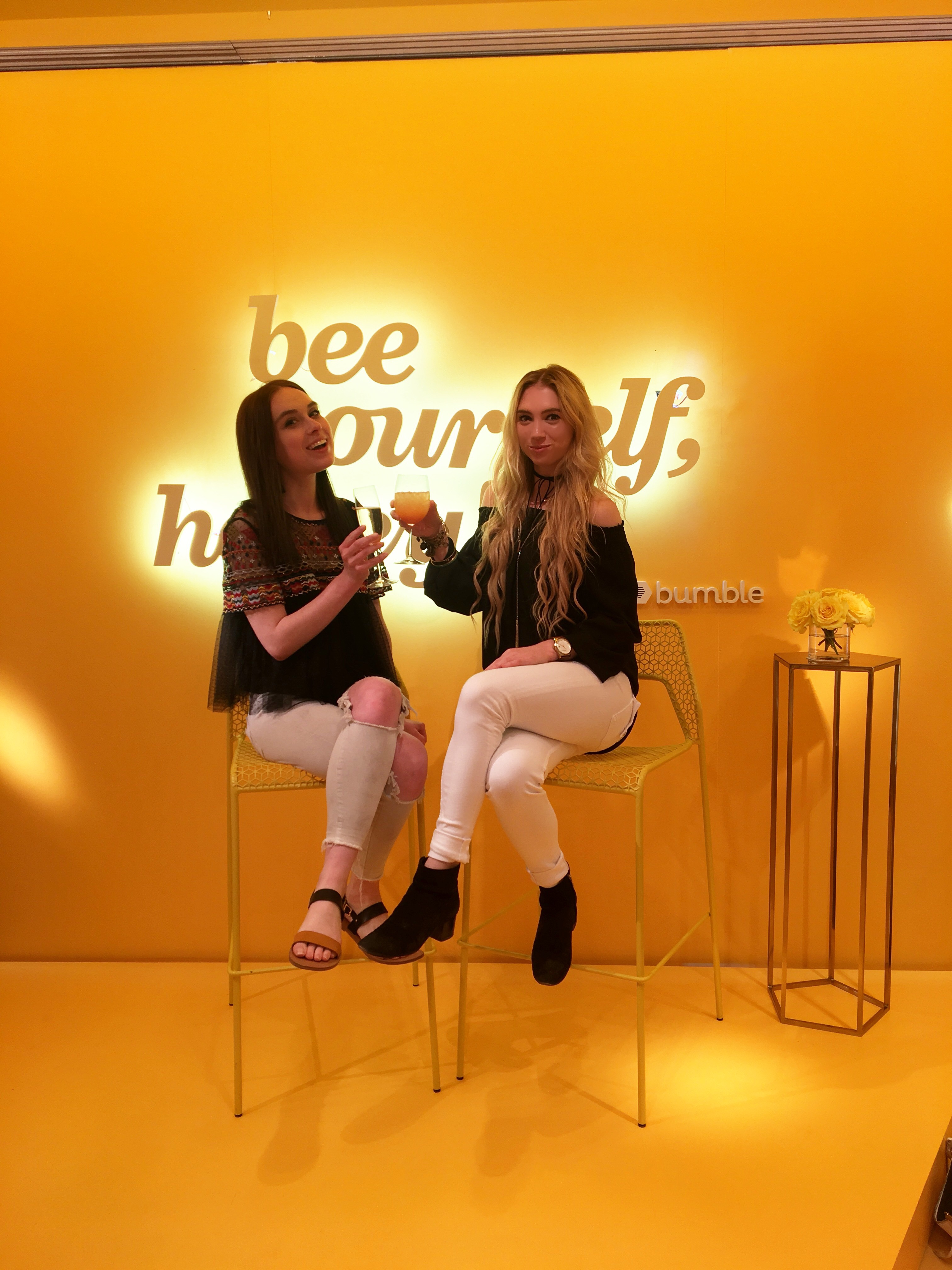 My pet peeve is when someone has this perception that everything Whether it is housing, food, activities, clothes, etc. in New York is expensive. Open your eyes, there is this thing, and it is called Google, or Eventbrite. You can search “free things to do near me.” Walla! Thousands of results just popped up on your screen.

Follow me to find what I stumble upon in NYC on an intern budget!

A friend of mine named Katy is the most amazing, frugal, stylish, and smart 22 year old that you will ever meet. How serious am I? Well for starters, this girl has so much self control when it comes to how she spends her money that she has not had Starbucks since she moved to New York. Might I add…. she moved to New York about four years ago! I know you are probably thinking, “Oh well all she does is stay in or walk around in the park.” Oh no, no, no. There are free and cheap things to do in NYC!

Exhibit A: She informed of the Bumble Hive NYC (She didn’t even have the bumble app until we needed it to get into the door of the event)

After stumbling across this online, she told me about it and I could not say no. The Bumble Hive is a pop up location next to some of the best NYC Soho shopping. The next door neighbor? Balenciaga. 158 Mercer Street is the exact location (may sound familiar to you if you watch Million Dollar Listing on Bravo as Mercer has some very nice $25.25 Million dollar nice apartments).

As you can see the play on words “hive” and the octagonal furniture interlace perfectly among the orange interior. The venue was essentially turned into a fabulous beehive. The purpose of this place is to mingle. With 3 free drinks, endless free food of mini quiches, breads, fruit, pastries, salomon in an ice cream cone, etc. it’s a win win situation. Free brunch, a little liquor to loosen up, and an Instagramable room is all a girl in NYC on a budget could ever ask for.

Cosmopolitan Magazine editors also came to speak! (About relationships and technology of course). The names of the editors were Ali Drucker, Carina Hsieh, and Elisa Bensen. Ali had found a steady man, as for Carina and Elisa they were talking about typical struggles that girls today have due to social media. For example, overthinking what someone thinks of you when they don’t respond to your text when you see them then posting what they are doing on Snapchat. Are they ignoring you? Are they just taking a break from texts? They also spoke to topics such as men being intimidated by women with successful careers, and even how pubic hair can be a relationship dealbreaker. Are they intoxicated and not thinking? The list could go on and on. After their chat with the audience, there was time for the audience to ask any questions. You could also mingle with them afterwards.

One of my favorite features of the Bumble Hive: Their photobooth. Of course it was super high tech, and in its own little private room. After taking a series of four photos you stepped outside and it would create a GIF of the photo sequence. You could then text, email, or share on social media the set of photos.

So although we kind of cheated the system by going to this event that is meant for singles to mingle (when I am not single, and Katy had no intentions of looking for a man)… no one noticed. We just kept to ourselves, took a million photos, and ignored any cheesy pick up lines.